Skip to content
HomeRiff PoliceRiff Police! Pull Over! #156: Attila Vs War From A Harlots Mouth!

We do nothing but resurrect old beef in this feature so if you’ve heard this one before, feel free to skip it. The choice of the 2017 “Chaos” European tour trek poster at the end of this piece is a reference to the album that Atlanta Georgia Party Deathcore animals Attila unleashed the year previously. It represents something of a partial style shift with the band introducing Nu-Metalcore elements as they left long time label home Artery Recordings and inked a deal with SharpTone Records, abandoning long time producer Joey Sturgis (Emmure, We Came As Romans, Asking Alexandria) to work with Erik Ron (Issues, Godsmack, I Prevail). The end product is a real mixed bag, some of the raw and personal elements abandoning the bands previous fun in endless breakdowns and controversial lyrics. And then there is “Obsession“, a song which German Metalcore titans War From A Harlots Mouth claim copies their machine-gun breakdown on “If You Want To Blame Us…“, commenting on social media “Not that I’m surprised that these imbeciles can’t write music of their own, but unfortunately for them, they picked one of our most widely known songs…” while referring to Attila as “undoubtedly most mentally challenged band on planet earth“, which is some pretty strong talk about a band who have a song called “Callout“. Check it out for yourself. 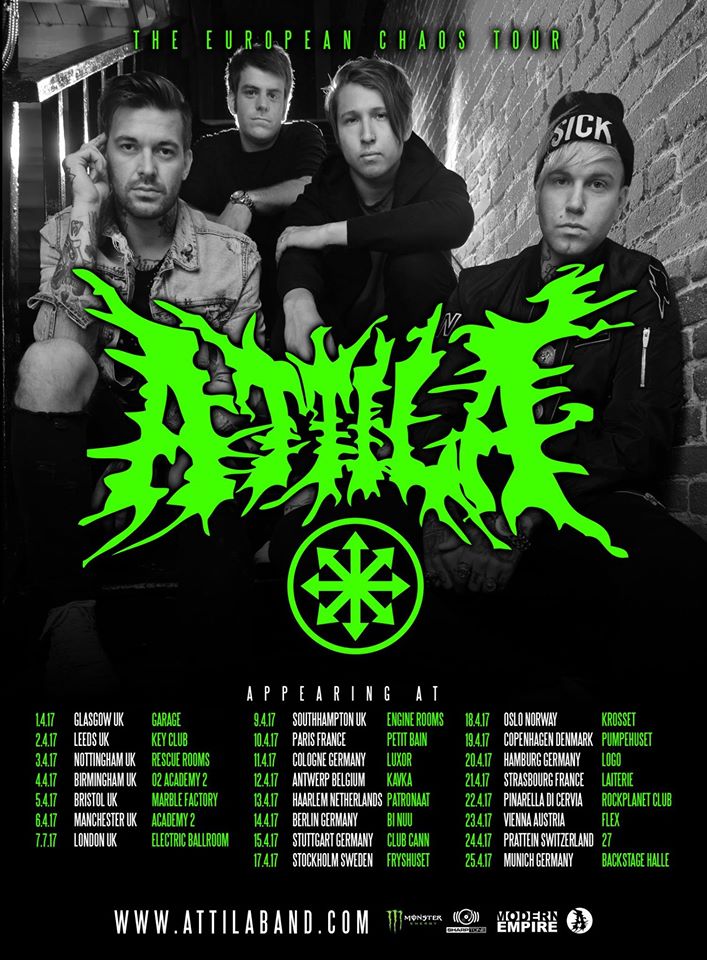