“I always thought it would be a cool experience to record some songs by bands that are foundational to the DNA of Spirit Adrift. These choices are obvious and on the nose to me, but maybe unexpected to the fans. That made the whole thing a lot of fun. A band like Lynyrd Skynyrd might not be the first thing you think of when considering Spirit Adrift’s influences, so the task for me became figuring out how to honor these great songs, but in the distinct Spirit Adrift style. To make the whole thing even more special, I channeled these influences and wrote a couple of new songs to kick things off. There’s a lyric in ‘Sorcerer’s Fate’ that mentions ‘past and future both aligned,’ and that became the concept here. The whole thing is presented in reverse chronological order. That way, you get a sense of where Spirit Adrift is headed, but you’re also taken on a journey back in time through our most fundamental influences. Hope y’all enjoy it!” ~ Nate Garrett

A collection of two new original songs and six covers adorned by artwork from Brian Mercer (Lamb of God, High on Fire, Mastodon) as well as being mixed by Zeuss (Overkill, Crowbar, Municipal Waste) makes “20th Centuries Gone” and intriguing offering on paper, especially when you look at the track listing. While you have those artists like Lynyrd Skynyrd that you would expect Spirit Adrift to cover as a staple, the presence of bands like Pantera offers something more interesting. In truth, covers albums often end up as random collections of songs with little on no cohesion due to the stylistic variety of the material put to the sword, however past offerings by Between the Buried And Me and Deftones have proven the range of musicianship that those bands in particular are capable of. This time around we are actually thanking the band in advance for the absence of a random Hip-Hop or ABBA tune from some childhood love that could have derailed the train because this looks solid and respectful like “For The Lions” by Hatebreed before a note is even heard.

Before we get into the covers which make up the lion share of the record, Nate Garrett, Sonny DeCarlo and Michael Arellano have given us two new original cuts to savour, clocking in at nearly 12 minutes between. “Sorcerer’s Fate” starts the album with a cut that tips it’s hat to the late 70’s and early 80’s of Judas Priest and Black Sabbath with some ethereal qualities to the way some of the vocals have been augmented while also having that modern production edge, the drum sound in particular benefiting hugely. The false ending is perfectly executed and the musicanship is stylish, Garrett always knowing when to end a song before it drags on too long, but the early fretboard smoking hot solo is the moment when you know it’s on. Despite his age, Garrett has a habit of writing the kind of music that actually inspired Kirk Weinstein into creating Sludge Metal pioneers Crowbar. You can just picture him enjoying the qualities of “Mass Formation Psychosis“, nodding his head with a ear to ear grin and a bottle of beer in hand as a worshipper of the mighty riff. The mid cut addition of an acoustic guitar to round out the sound is a nice touch before bursting back out with a pre-Thrash marching groove that confirms what we all know, Spirit Adrift are capable of creating heavier Metal than their image may suggest and long may it continue.

The first of the covers is a wonderful tribute to the late Peter Steele as Garrett is able to capture some of those Gothic tones he was synonymous with for “Everything Dies“, while adding a few nuances to make it interesting, the darker synth melodies giving it the warmth. If Spirit Adrift were going to cover a Pantera cut it was always going to be either “Cemetery Gates” or “Hollow” and the band opted for the later, pulling it off in style. The guitar work and soloing in particular are impressive with Garrett confirming his undoubted abilities while Arellano captures the drum sound perfectly. It’s actually refreshing that the vocals don’t attempt to make a grab for Philip H Anselmo’s range because it might sound a little odd. From Pantera to Metallica isn’t a big leap stylistically and in this rendition of “Escape” the band shine once more, again skillfully avoiding the mimicking of the vocals and sending the riffs flying in every direction with a flamboyance that will put a smile on the face of even the most hardened of Metal heads. There are a lot of Pantera and Metallica covers out there and this pair are amongst the best of them.

From the heavier shades of the cover choices and pair of originals to one you would anticipate Spirit Adrift taking on, “Waiting for an Alibi” by Thin Lizzy has been given a make over that respects the original while injecting fresh life into it courtesy of the lead guitar harmonies, slick transitions and tasteful approach. It actually serves to split the record unevenly in half as listening to it is like stepping even further back down the yellow brick road of time before “Nasty Dogs and Funky Kings” builds on that momentum, the longer instrumental sections playing perfectly into Spirit Adrift’s hands. It’s clear that these songs have been chosen not only because they have inspired but also because they are fun to play with the band able to express themselves with their confines in ways they aren’t always able to in their own work. There is only one thing missing here which is the bands previously released cover of “Supernaut” by Black Sabbath, something that would have rounded this collection off nicely but it’s no great shakes as this collection is one that will keep fans motors running until the next full length with ease and has plenty to offer [8/10] 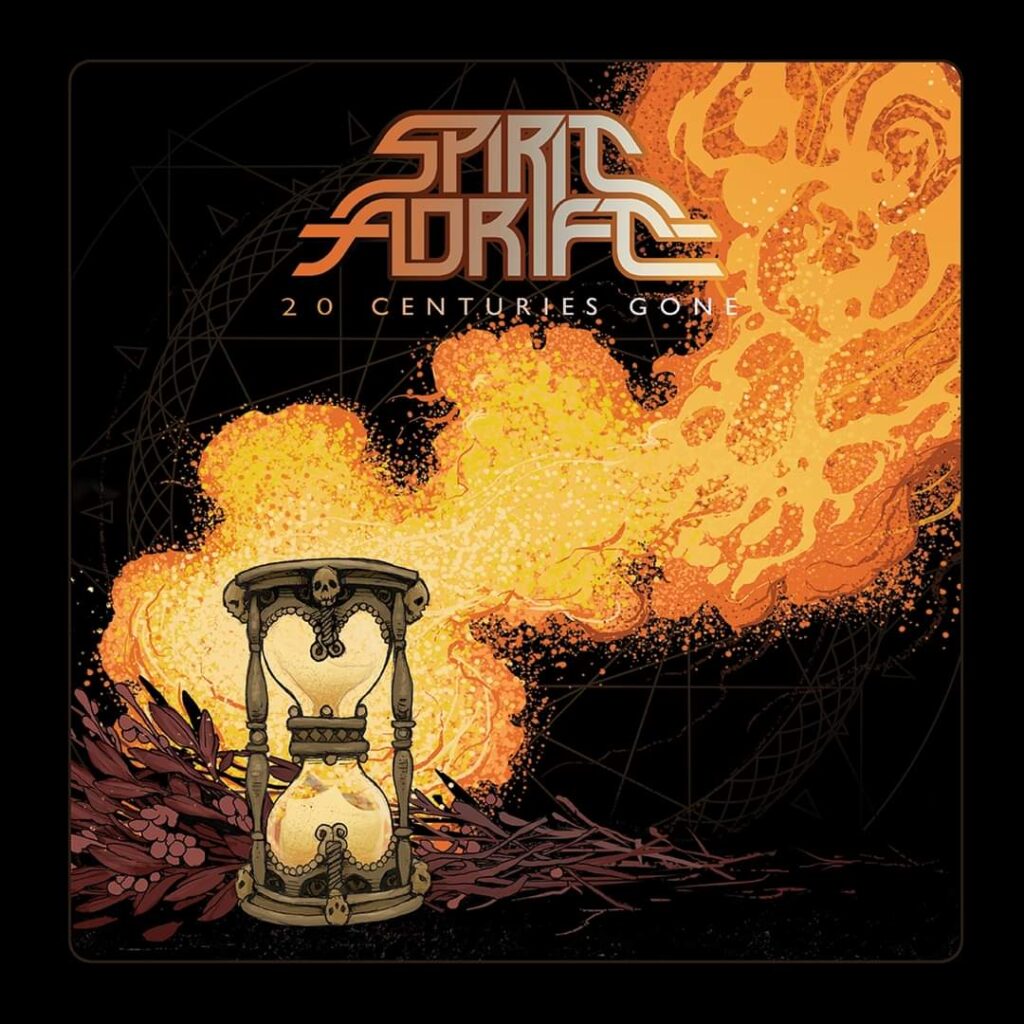