Hailing from Minneapolis Minnesota and formed at some point in 2021 by members of Suffering Hour, Sunless and Grand Demise of Civilisation, Blackened Death Metal trio Silurian are a trio collection of seasoned veterans who were so inspired by the creation of their debut EP “End Of Ordovicia” that they formed Ordovician Records from which to release it. The band are led by guitarist and bassist Lucas Scott, who is partnered by drummer extraordinaire Patrick Ruhland with both having played in Australis, Obsolete and The Body Beneath together in the past and both collectively are credited with having been part of in the region of 30 bands. They are joined by vocalist Dylan Haseltine with the curiosity that the lyrics are credited to Andrew Notsch.

Reading between the lines, the band is a concept referencing the second period of the Paleozoic Era known as the Ordovician Period which lead into the Silurian Period, the transition between the two happening approximately 443.8 million years ago. One of few remanence of that era being Ordovician rocks which occur at the highest elevations including the top of Mount Everest.

Engineered, mixed and mastered by Adam Tucker at Signaturetone Recording this sub-14 minute debut is perhaps signifies the shape of Blackened Death Metal to come from the trio who ride fast an loose, sounding as if they have been recorded playing live in the studio unleashing all the furious frenetic energy contained within and committing that immediately to tape. The power that they display on this eye opening debut of Avant-garde leanings is exactly what you’d expect from a trio of vast experience, even if this does mark their debut together, the slick transitions and breakneck tempos accompanying sinister and menacing atmospherics in what feels like an attempt to survive harsh terrain and life threatening conditions. The predators are coming for your flesh and there is nowhere to run. Dylan Haseltine’s vocals are fittingly monstrous as he roars his way through the lyrics with a slow and throat splitting style to contrast the restless and relentless kit work of Patrick Ruhland, whose performance is equally mind blowing for completely different reasons. The fills are incredible, the jack hammer footwork and blasting begger belief and find us asking if he is in point of fact Kevin Talley in disguise, such is the quality on show here, a pummelling, artillery shelling that abates for no man. His interplay with Scott’s riffs is key to making this special as he stops and starts with the the string parts creating pockets of suspense against a backdrop of those thunderous vocals. For the most part the riffs are dissonant to the point of being almost melodic while at the same time giving an urgency as they mimic the turbulence and unpredictable environment of the age to the point that it would work incredibly well without the vocals should the band so desire [8/10] 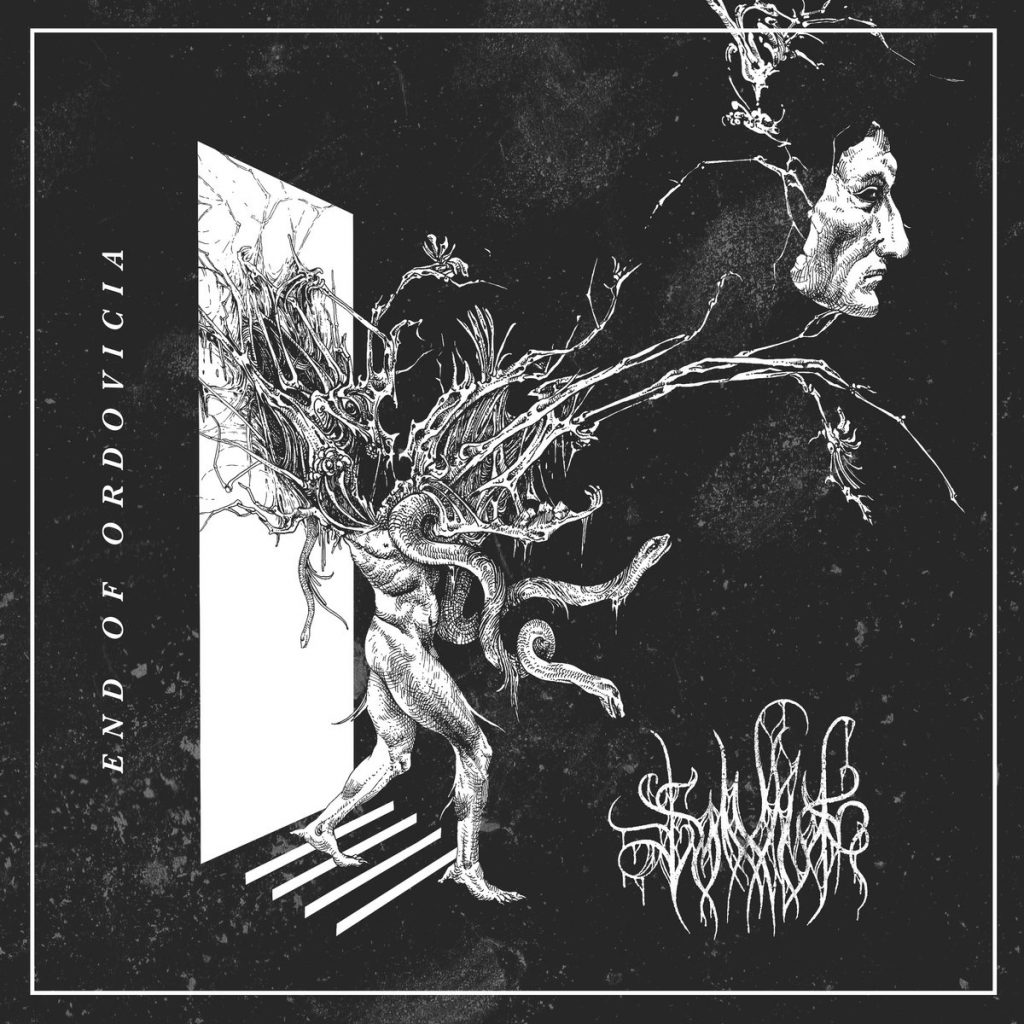