It seems that there will be no Sepultura tour activities in 2020 for obvious reasons, despite the arrival of a seriously good album in “Quadra“. There will however be a rescheduled run in North America with Art of Shock, Sacred Reich and Crowbar in March 2021 so it is going to be worth the wait. They have reached week #17 in their isolation interview series run with an interesting mixed bag of musicians taking part. Bassist extrodinaire Rudy Sarzo who has been a member of Quiet Riot, Dio, Ozzy Osbourne and freelance bassist Tanya O’Callaghan who has played with Maynard James Keenan from Tool, Dee Snider of Twisted Sister and Steven Adler from Guns N’ Roses, both join Derrick Green and Andreas Kisser in the chat. “Meaningless Movements” then gets a rehearsal playthrough with the band joined by Roman Ibramkhalilov of Jinjer! Phew. That’s some serious meat on this week’s bones. 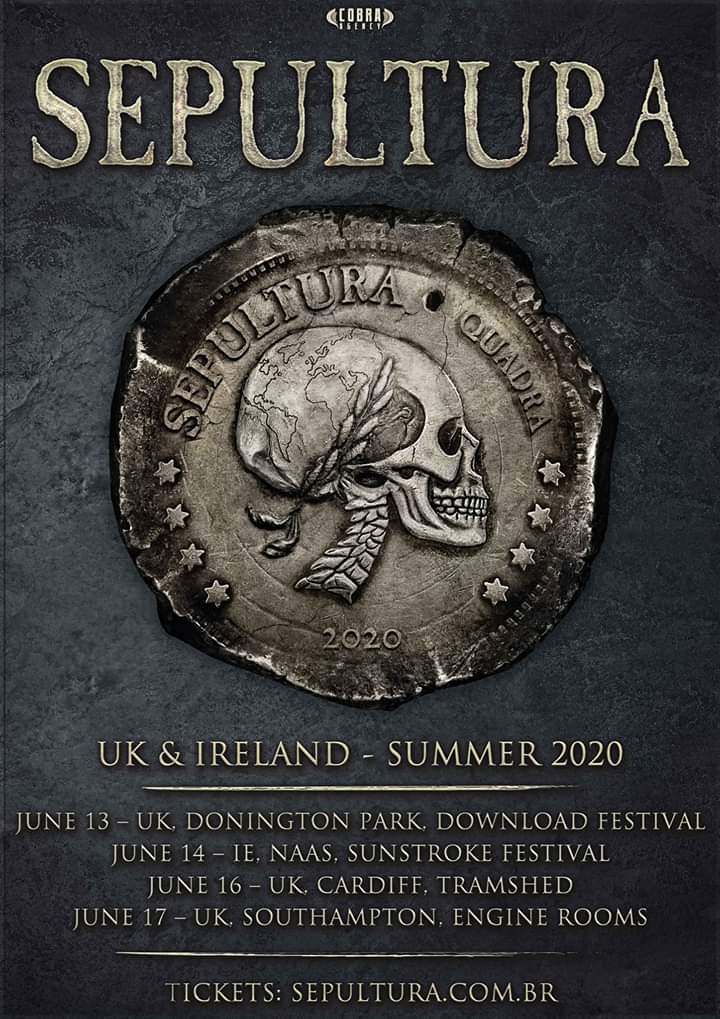