Founded in 2018 by guitarist Ben Kaiser who at the time was finishing up his college football career playing offensive line at NC State, WoR was initially an escape from the rigors of the sport. By Spring 2019 they had shared stages up and down the South East of the US with played with the likes of Upon A Burning Body, Atilla, and Warbringer, building a reputation for combining aggressive riffs, harmonic leads and tasteful breakdowns with the infectious anti-authoritarian lyrics of vocalist Bobby DeMoss. The group, who are out the group are David Nisoff (Guitar), Phillip Funderburk (bass) and Hunter Crews (Drums) entered the studio with producer Joe Alonzo Potts before handing over to Shaun Singerling for mixing and mastering. The result? The bands debut album “Prisoners“.

Raleigh North Carolina Groove Metal is what “Prisoners” is all about with the raw drum sound during “Kill You” adding an air of “New American Gospel” era Lamb Of God. Crews has the time keeping if the metronomic Chris Adler down to a fine art and his rapid fire, power house performance on this cut gives the Pantera groove riffs and Southern Hostility style breakdowns the underpinning that they need. “Caged” is the longest cut on the album at just over five minutes but is no less ferocious, with DeMoss being a vocal force to be reckoned with, the roars of “don’t waste my time on idol ideas” cutting even the broadest shouldered lumberjack down to size. The bright leads and solo of second single “IV Kings” adds that melodic touch to a song that still packs a heavy punch with double kick patterns and funky bass moment in the close. There is no doubting the rage with DeMoss, his fury is felt in the intelligent and up tempo “Sirens” and he won’t settle for anything less than his due, screaming through the vocals which point the finger like a man possessed. If this album had been created by a band like Pissing Razors, heads would be turning and critics would be praising their return as if they were Kings. Slowing things down for a solo in the middle of “A Place To Die” makes it feel like two songs combined into one, it’s atmosphere lost and rebuilt in the second half with consummate skill.

First single “Predator” sees DeMoss play the role of a sexual predator, a protagonist who gets his way but skillfully avoids any trappings of sleazy Hair Metal, instead keeping the lyrical narrative light in detail and allowing th music to do the talking. The result is powerhouse stand out with Groove for days. That continues into the short and sweet “T.G.S.O.A.T“, a pummeling track that gets the absolute best out of the rhythm section… and then comes the surprise. “Come And Play” is very much the beefed up Metal take on the song from 1994s “Smash” by The Offspring. The original was fun with a serious message, this version manages to keep all of that in place while putting a WoR stamp on it with those savage unclean vocals and a Metalcore guitar tone. Not tacking it on the end of the record aids the flow and means it doesn’t sound like an afterthought. That lighter moment allows “Hiraeth” to hit that much harder, a punchy staccato riff affair that captures the Gothenburg sound in places as well Inna throwback to the early 2000s and Metalcore. The name of the final track on this finely created debut album “Freedom Suicide” perhaps set the stage for some Nu-Metal introspective lyrics but instead it takes the other side of coin, looking from the outside in and warning of the missed chances to do something about it, sleeping through the warning signs and cries for help. As with the track before it, the fiercer vocal delivery perhaps point to something more personal in the lyrical meanings and the razor sharp riffs bring it home [8/10]

“Prisoners” by WoR is out 7th August via Bungalo Records 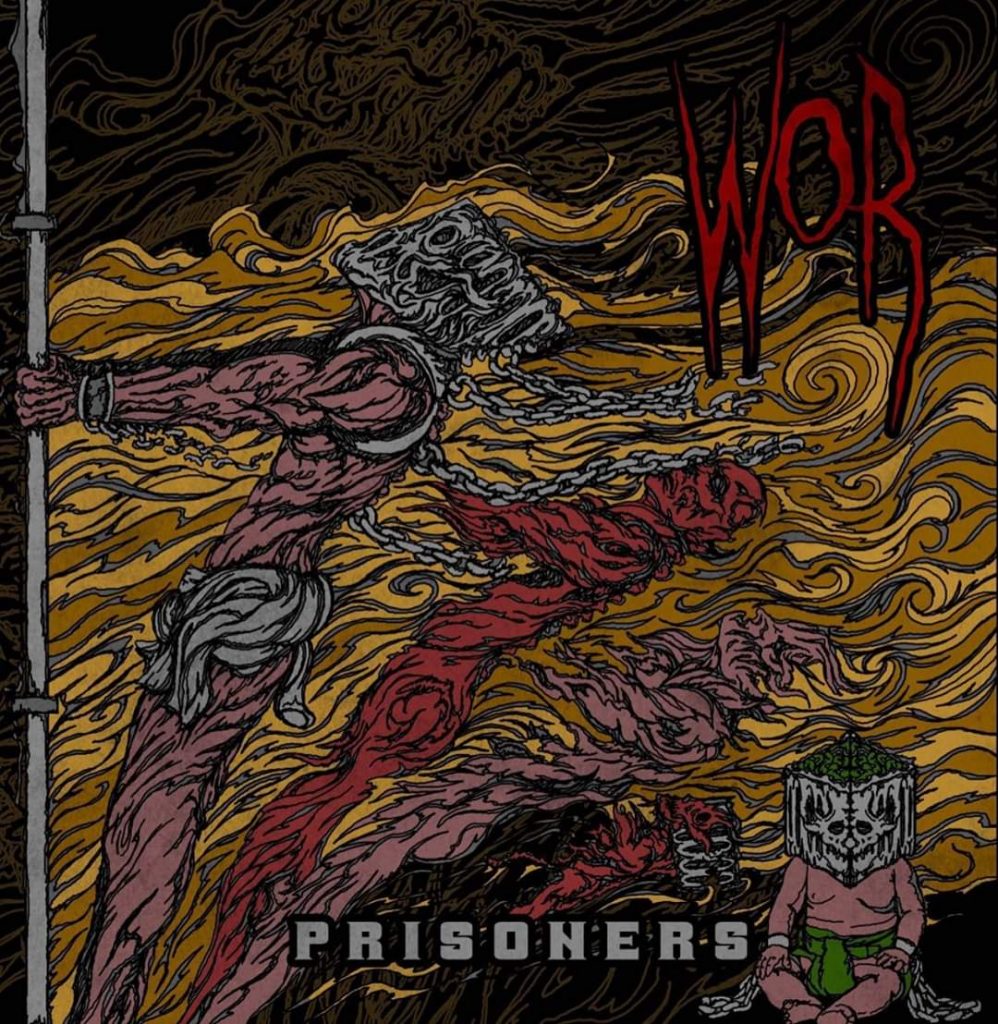