Seven years is a long time between records but life has a strange habit of getting in the way sometime and that’s no different for multi-instrumentalist and producer Pedro Mau (ex-Kneeldown, Wells Valley). His debut solo record “Interstice” appeared back in 2013 with the vocal and lyrical contributions of his Wells Valley colleague and Concealment guitarist and vocalist Filipe Correia under the moniker Kneel and the pair have finally been able to get together and complete a sophomore studio album in “Ailment“. Based in the Portalegre District of Portugal, not only did Mau perform Drums, Guitars and Bass on the release, but also produced, mixed and mastered his own work at Sinwav Audio, while taking a moment to design the artwork himself. The work is perhaps described as Progressive Metal, however by his own confession, Mau takes elements of Thrash, Hardcore and Technical Death Metal when creating his masterworks. Pedro Mau comments on the new album: “We’re living in times that inconsequence leads us to appalling results and, eventually, to alienation (from ourselves; from one another). Like a careless premonition, ‘Ailment’ is that meaningless ache that in a later stage of life can result in awful consequences. The accumulation of small problems in our lives can lead us, sooner or later, to situations that can get out of our control. I believe that the key to self-control and life balance is in the daily management of the subconscious mind, although it’s easier said than done.”

“Give me liberty… or give me DEATH!” is the sample that begins this magnum opus from Kneel, a pulverizing rhythmic battery getting things going with the lyrical themes running on an uneasy feeling of doubts and fears especially about one’s own conduct amid Gojira style riffs that batter into submission. No time is wasted on catchy melodies or sing-a-long choruses, Kneel specialize in the same blunt force trauma as Meshuggah and that’s exactly what you hear in the majority of “Awry“, a track that plays with slightly odd drum fills while Correia roars about misconceptions and the feeling that something is about to go south. His vocals remind of the stylings of South American vocalists and in particular Max Cavalera in the way he delivers his vocal phrasing. The Technical Progressive Metal riffs of “Interim” are a chugging delight, the polyrhythmic grooves satisfying a listeners of a wide range of sub-genres with their crunchy tones and the haunting ambient passage moments are done incredibly well, bringing an almost ghostly, sinister atmosphere to the plate. Slowing things down for “DYS“, which has a dark spoken word passage before bringing that slow brutal crush that builds on the darkness of the previous cut to sublime perfection.

After the slow heavy comes the rapid fire Death Thrash of “Raptorial” which gallops out of the gate like a pedigree race horse at the sound of the starting gun. Things slow up in the second half to introduce some DJent touches with staccato riff breaks with atmospheric lead moments over the top that bring to mind the kind of darkness Reflections brought with their last record and the final passage of instrumental with that tribal drum pattern is absolutely perfectly timed. Keeping the odd time signatures intact “Abacination” rattles away like a drill to the skull with riffs riding in concentric circles that are beautifully complex without ever loosing that groove or heaviness. The only song to bring in a guest is “Watchful” which sees a guest vocal appearance from Miguel Inglês of Equaleft and was one of a pair of pre-release singles. As you might expect, both vocalists go toe to toe in a hurricane of chugging riffs that occupy Death Metal territory with some meaty breakdowns thrown in for good measure. The blood gargling vocals depict someone waiting in the shadows and watching on, powerless against the tide of horror that they are witnessing, frozen in fear. It’s sonically as crushing as it is lyrically haunting.

Returning to the pace and energy of the higher octane moments, “Bellicose” roars into life with blood and thunder and carrying with it a raw aggression and willingness to fight against the rising tide depicted in the previous cut as the narrative loosely follows on. This may not be a concept release but it does have lyrical themes that resurface time and again and overlap into each other that helps to give it the feel of a complete piece of punishing yet rewarding work. Loaded with that “New American Gospel” era Lamb Of God groove laden ferocity, “Impenitent” is one of the stand out moments of the record and the fact that it comes so late on tells you that the record itself is all killer no filler. It’s full of hateful vitriol and scorn with the jagged guitar riffs to enhance the barbed nature of those caustic lyrics and if you isolated some of the riffs of “Acuity” and said we were listening to Sepultura then we won’t argue. Its a powerhouse finale that is worthy of filling any mosh pit and needs to be taken to the live arena without hesitation, it’s oppressive feel perfect for the sweaty club shows with circle pits rising and falling around pillars of basalt [8/10] 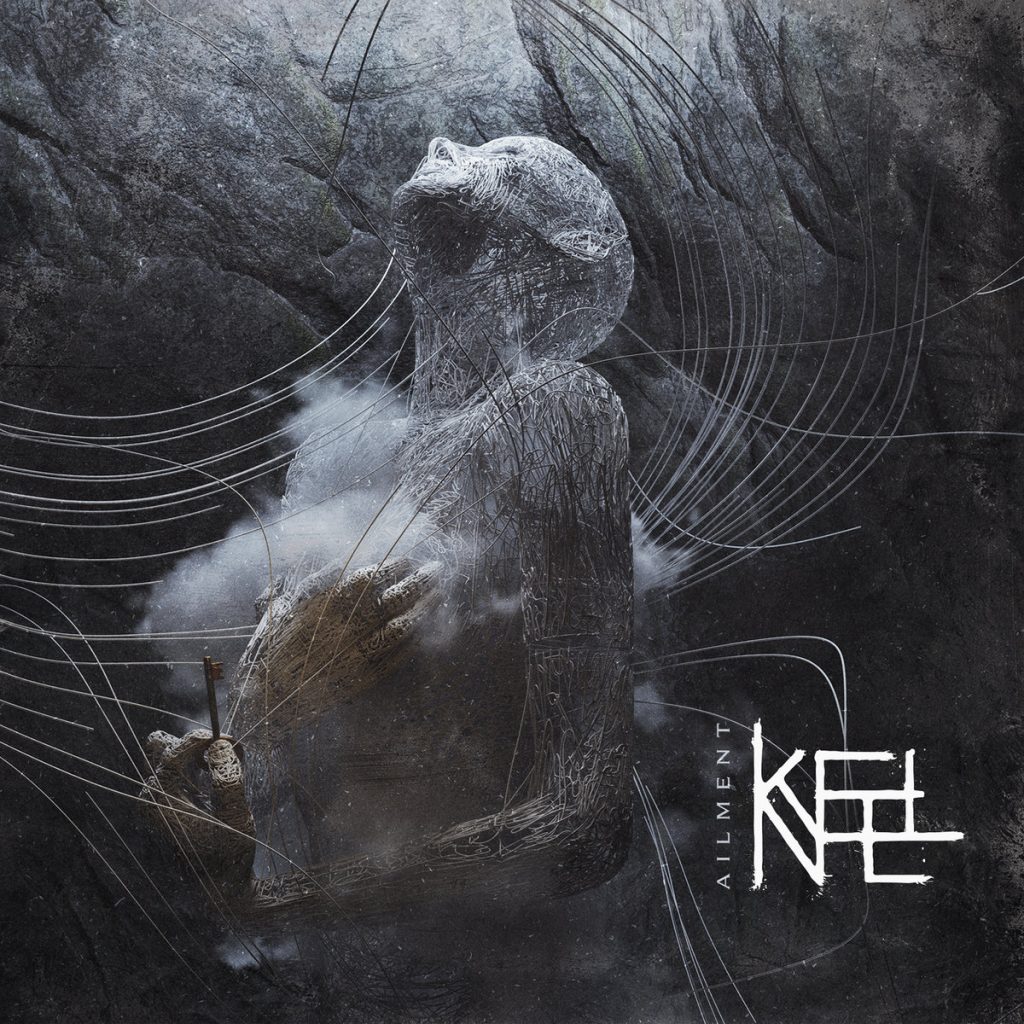