Skip to content
HomeReviewReview: “The Suffering” by Bare King

Rising from the desert sands of Bakersfield in the southern central valley of California are Deathcore collective Bare King, a quintet formed in 2018 by the writing partnership of vocalist Brandon Stirling and guitarist Louie Loera who were later joined by guitarist Richard Sherman, bassist Fernando Tejada and drummer Josh Aguilera. They made their mark in 2019 with debut EP “Misery”, which houses a skull crushing quartet of tracks that bury you like falling rubble in a quarry. Recorded at Mayhemness Studio in Sacramento California, it paved the way for the band to share stages with Obey The Brave and Enterprise Earth.

At the time of writing, before this independently released sophomore EP “The Suffering” landed like the meteorite in Deep Impact, single “Generation Waste” has clocked up more than 36k Spotify streams and 14k YouTube streams via the Slam Worldwide channel. The EP itself was recorded, mixed and mastered in house by guitarist Richard Sherman, the band choosing to spend their hard earned cash on the marketing side with succession of music videos shot with Mark Llamas of from Weapon Rex Visual Media, backing themselves rather than going for a name. That being said, “The Suffering” sounds like it was mixed and mastered by Bodysnatcher drummer Chris Whited or ex-Bound In Fear guitarist Keir Campbell, which tells you that Sherman has a career in that field as a side line if he wants it.

The heavy hitting “Generation Waste” is a the Metallic Hardcore end of Deathcore, breakdowns and staccato riffage galore with that shroud of darkness that calls you to the pit, Bare King knowing how to create the atmospheric of the crush. “Suffer” sees Stirling’s power growl roar style unclean play off against some shriller backing vocals as he finds new bowel clenching lows. Lyrically he’s been crossed and the track is pure fire breathing venom. Switching up into some more Nu-Metalcore guitar tones with some Dealer esq riffs, “Annotations of Hell” dances on your grave with a two step that continues into “Victims” with Stirling venting his spleen with a continuous barrage of fighting talk, easily relatable and it’s quite clear that each song title could be replaced by a name. Building on the atmospheric parts during the instrumental sections “Grim Sleep” sees a powerful percussive performance helped by a mix that puts the drums higher up in the sound and really celebrates it. What’s interesting is that sound wise the final three cuts are like a continuation of the bands previous EP “Misery“, while the first two have that heavier guitar tone and resonance, splitting “The Suffering” in half. The tracks could have been placed in a different order but it certainly doesn’t take away from the quality here [7.5/10]

“The Suffering” by Bare King is out now 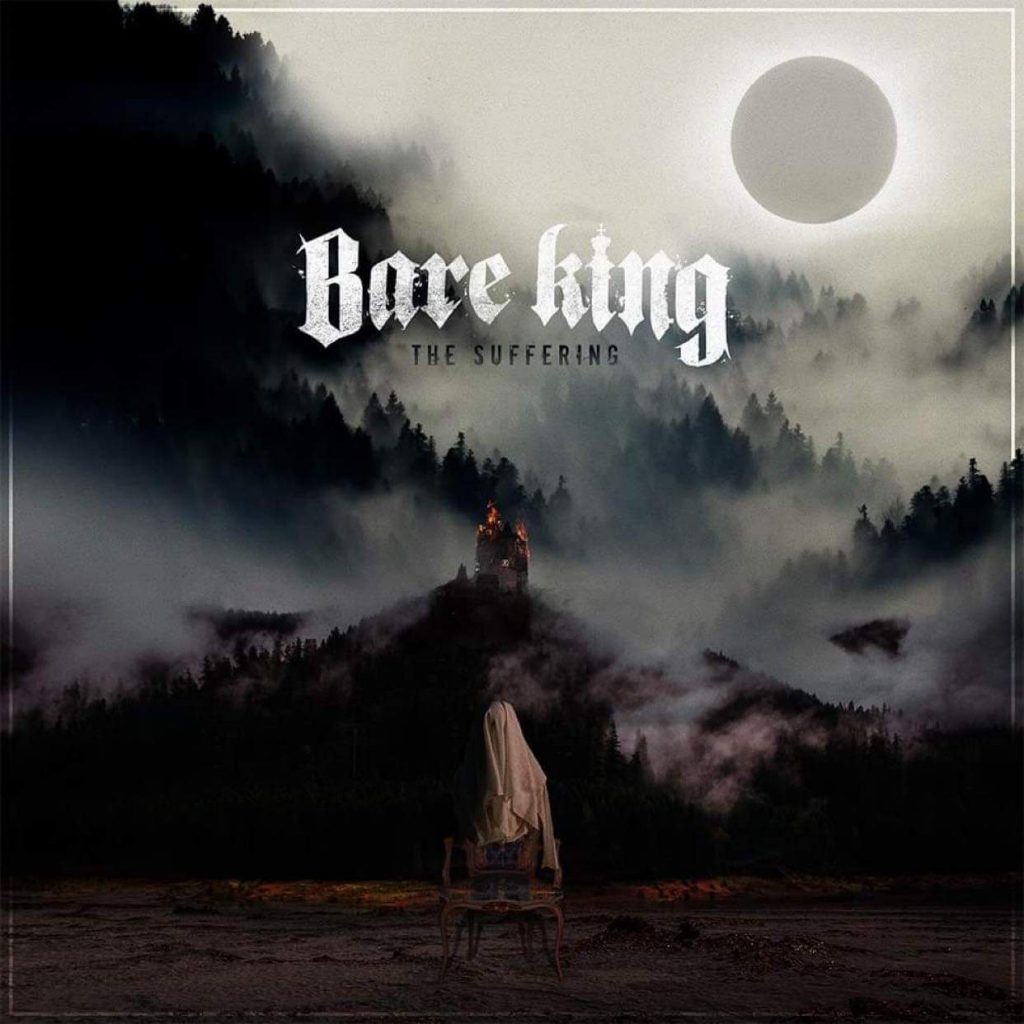