Having celebrated the 10th Anniversary of each of their albums this far with tours and remixed and remastered records, August Burns Red have gone one step further with “Leveler“. 21st May will see the band share with us a completely re-recorded version of the album with new solos and different tunings produced and mixed by Carson Slovak and Grant McFarland (ERRA, Rivers Of Nihil), while a trio of guests also make an appearance in Trivium vocalist and guitarist Matt Heafy, Ryan Kirby of Fit For A King and Periphery guitarist Misha Mansoor also join in the act. If that wasn’t enough, Will Putney (Every Time I Die, Body Count) handled the mastering of the vinyl pressing AND the band will be playing the album live streamed on 22nd May with tickets here. The re-recorded version of “Poor Millionaire” that features Ryan Kirby of Fit For A King has been premiered today. 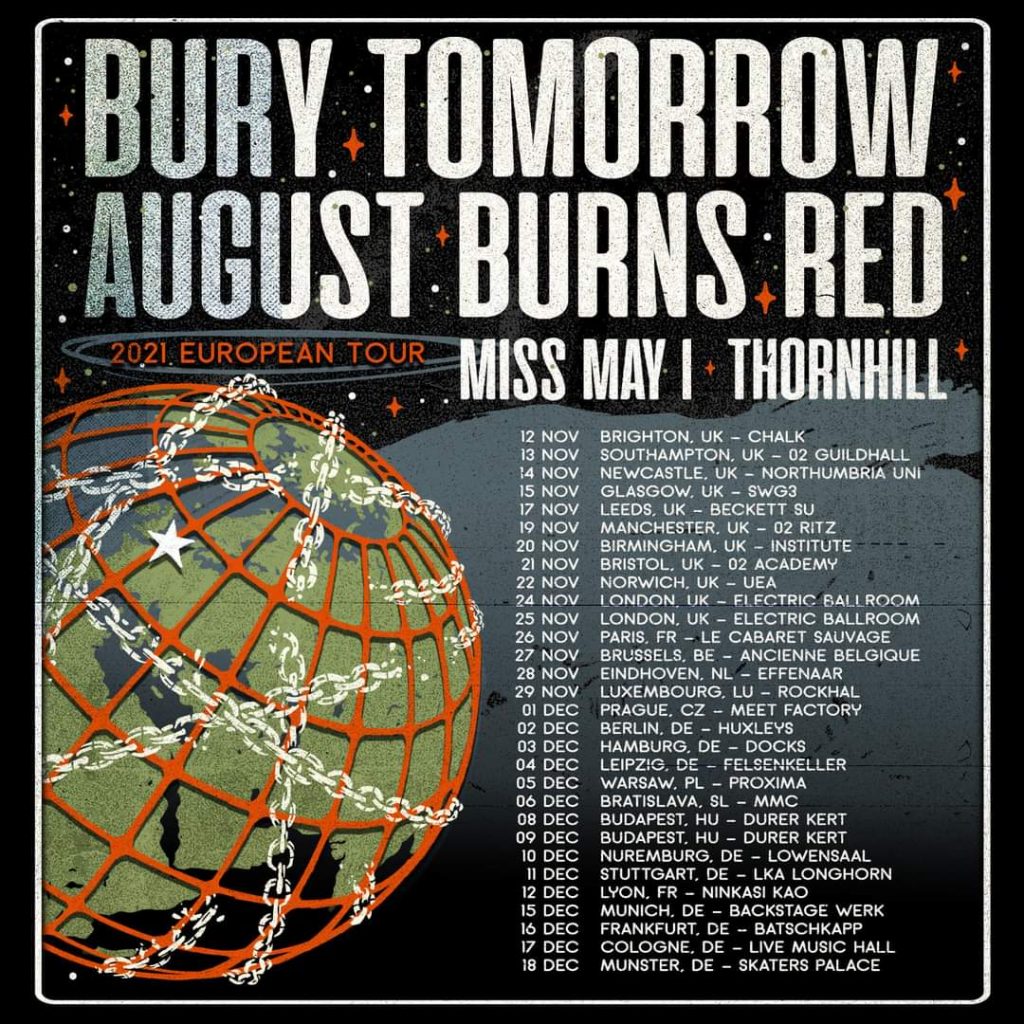