Conceived in Guadalajara, Mexico with a love of the Blackened Death Metal sound by former DNB guitarist Adib Flores who then went on a long time search for like minded musicians with the right influences and objectives, it was 2017 when the lineup of Betrayme was cemented by the additions of vocalist and manager Azog Bm and drummer Javier “Salo” Aceves. Four years down the line their debut EP will see the cold light of day after mixing and mastering by Ruben Sanchez at Urvn Studios although you can find demos for some of these songs everywhere you may choose to look online…

The foreboding, haunting and delicate piano and orchestral “Waltz To The Death” would be the last place you might expect this record to begin, a dance macabre of dark atmosphere that has cinematic qualities with its mournful meloncholic tones that would be the perfect soundscape to a psychological horror movie. After that pallette cleansing introduction piece, the brutal “Deadfall” is where the band come into their own with a sonic bombardment of Technical Blackened Death Metal that is reminiscent of bands like The Flaying and with a certain amount of influence from the likes of Deicide on show. The sonics are crisp and clean with the cut attacking in sinister waves, the drum sound perhaps lacking a little reverb in its rampaging cyclones, but it is a minor point. Similarly “Exile” roars like the beast from the other side of the gates of Hell, daring to be let out, the sumptuous solo adding a macabre quality to the otherwise all out relentless onslaught of the track that is a real work out for Aceves on the kit and the same can be said of “Ironic Blasphemy“. Sometimes releases like this suffer from style over substance and don’t provide enough variety between the cuts to make a record stand out but the opposite is true of the work of Betrayme. Slowing down the tempo for the crushing “Northwest” gives us something more gripping to get our teeth into, a darker, barren piece that has a real intensity to it before the rampaging finale of “Aeon Mistakes” sees the band deliver the kind of flourish that others merely dream of. There is a polish and a quality to these cuts that defies genre norms and leaves you wondering what the band could do with a higher production budget because they’ve quote clearly squeezed every drop out of what they had for this one with no stone left unturned in create a monster that you will return to again and again. It might have taken 4 years to perfect but it was worth every pain staking moment because the final product is something astounding [8/10] 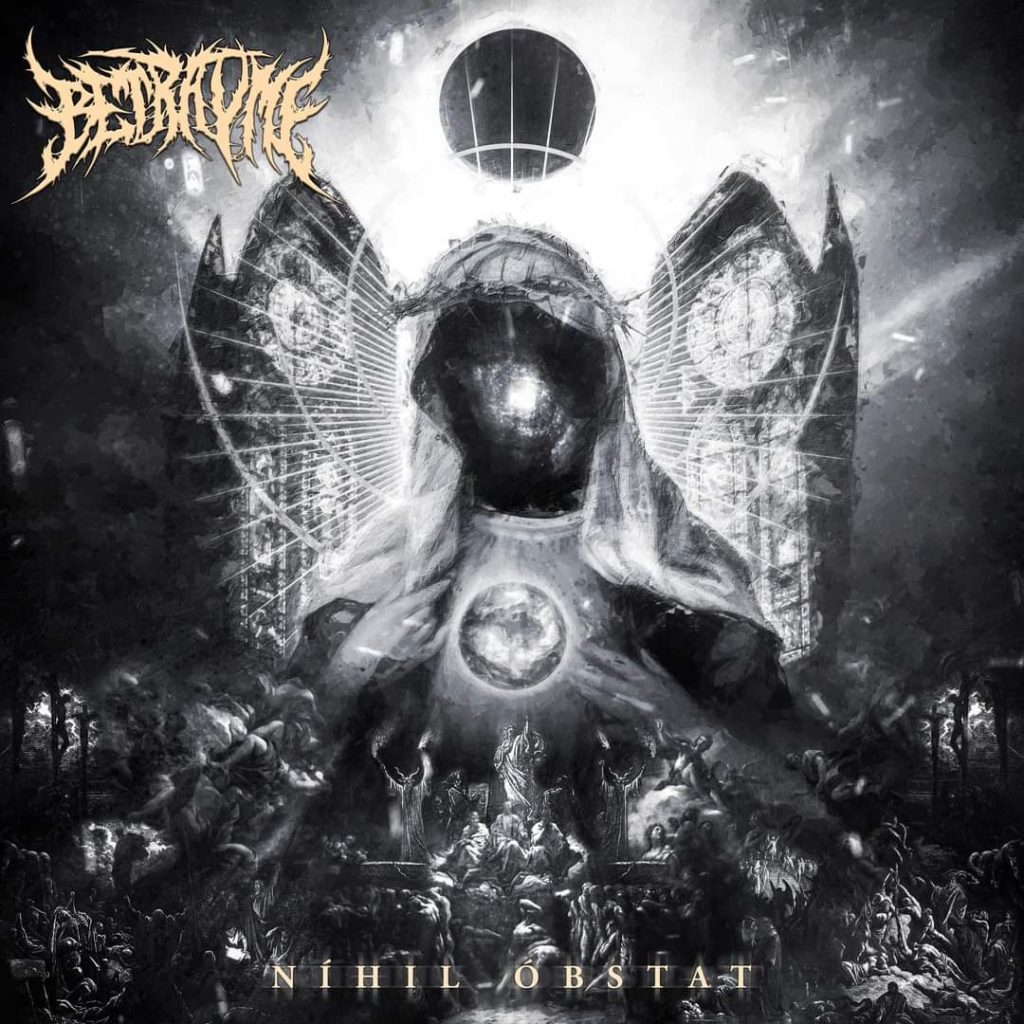