More Demonstealer news? Why not? Now that Black Lion Records have officially been announced as handling the distribution of the Indian Death Metal overlords new album “The Propaganda Machine” they have wasted little time in offering us the first single from it in “Monolith Of Hate“. The album, accompanied by cover artwork from Daemorph Art, was mixed and mastered at Hertz Studio in Poland (Decapitated, Hour Of Penance, Vader, Behemoth) and drops on 31st March with pre-orders available over at bandcamp. 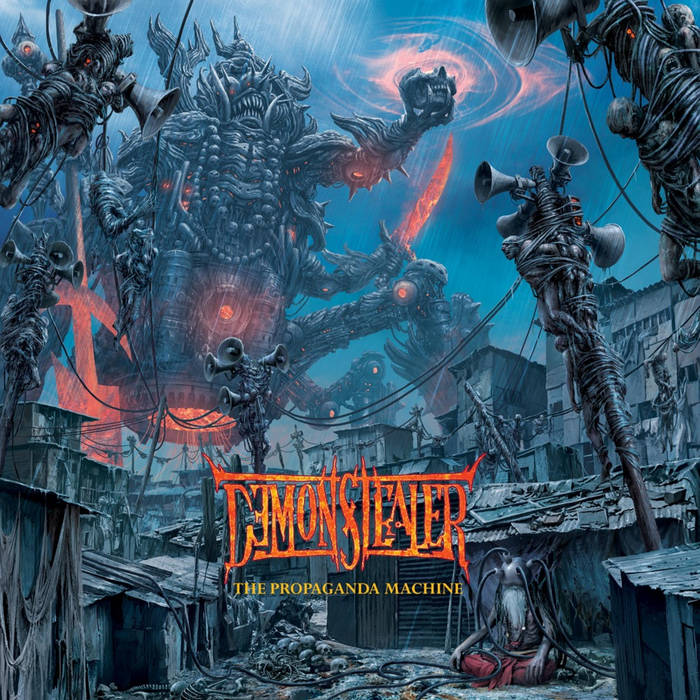