When a bands mission statement reads “Pure f***ing metal from Kouvola, Finland, Fast, heavy and aggressive. No compromises.” and they cite influences in Sepultura, Fear Factory, Slayer, Machine Head, Testament and Death, it makes for a mouthwatering prospect, especially for fans of 90’s era Roadrunner Records Metal. Soulwound have been grinding their axe since their 2013 debut “Seeing Red” which was followed by 2016’s “No Peace” as Ilkka Valkonen (Vocals), Niko Huusari (Guitar), Mikko Huusari (Guitar), Joni Järvenmäki (Bass) and Janne Huusari (Drums) looked to tread the fine line between Thrash and Death Metal without pandering to label interference and thoughts of a radio single. The band name may well be a reference to the song of the same name from “Obsolete” by Fear Factory from 1998. The expectation of this third album is one of a natural continuation of the bands previous works; nihilistic lyrics and fast, brutal, heavy and aggressive Metal sounds…

…and from the start of “Waste of Life“, that furious intent is right there with the intensity and high octane aggression of Slayer with Valkonen offering both traditional Thrash Metal vocals and Death Metal growls in a pair of opposing voices as he lyrically buries the naysayers that stand in Soulwounds path. The lead parts are perfectly timed and there is no space for anything over the top during the rapid fire onslaught of riffs that throw petrol on the fire. An inbred Southern sample opens up “Ritual Cleansing” which also has an industrial programmed beat before the track takes to flight. Drums were recorded and music engineered, mixed and mastered by Saku Moilanen (Aeonian Sorrow, Wolfheart, Bloodred Hourglass) at Deep Noise Studios and his work has given the album a sharpened edge that highlights the pulverizing rhythmic battery as well as the whammy bar drop solo that lights this one up. Reminding of Cheech Marin’s speech when George Clooney and company arrive at the Titty Twister in “From Dusk Til Dawn“, “Pleasures” sees Valkonen provide a connoisseur’s feast of gross-out excess as he lists off the depravities he’s selling that you might be interested in over some sinister strings and a slower tempo that simmers just beneath the surface but never quite reaches the boil.

A DIY, Zero budget video appeared for “The Cult of I“, a track that steps out of the dark light of the previous one with it’s middle finger raised and the feel of early career Lamb Of God. It’s groove heavy while Huusari offers some Chris Adler esq fills that match Valkonen’s evil lyrics with plenty of barbed bite. The album as a whole stays engaging over multiple listens with plenty of nuances buried in the mix that appear like ghosts after you’ve stopped headbanging for long enough to hear them and that is testament to the craft in the musicianship that Soulwound have put into this. “Enter the Hivemind” takes us all the way back up to 11 with the pace and energy of the opening pair of tracks while the addition of gang chants and a slower, creepy solo give the band that Obscura feel. Enter the Matrix with “Meat Puppets” signifying the turn of Man into Machine, in a nasty lyrical ode that is disturbingly socially aware. The gang chants continue into this one, providing an old school Thrash vibe, while the breakneck speed of the track makes for a sublime listen. The Death Metal rantings of “Error in the System” are nihilistic and downbeat, getting more and more aggressive with the delivery of each vocal line until a finally that touches the void between Death Metal and Slam without quite giving into the call from beyond the grave.

The final third of the record begins with “This Hatred“, a track of ferocious venom that speaks of internal horror from within, without any of the woe is me of Nu-Metal introspection, instead offering a stark, cold truth as Valkonen suffers the kind of tired that sleep won’t fix with a World weary lyric. The band step up the blunt force trauma of aggression with some classic Slayer tempo shifts and a solo are as riotous as the album gets. Make no mistake, there is no filler track here, it’s serial killer creating material without compromise from start to finish with a relentlessness that other bands just can not compete with. The gallop of “Apex Parasite” keeps things going full throttle with some riffs and fills similar to Russian brutes God Syndrome. The elongated lead segment and whammy bar solo is an air guitarists wet dream that will give Valkonen time to crowd surf to the bar, get a much needed double and surf back. The somber and melancholy ending of the closing track “Death of the Sun” is the fade to black that this album needs, leaving things tantalizingly setup for the next album with a finale that doesn’t cut us dead. The track is another brutal affair but crucially showcases the craft that Soulwound have, it’s not just brutal for brutal’s sake. An album to fire things up and raise the hairs on the back of your neck before you leap headlong into the moshpit, Soulwould are like a fine wine, they just get better with age [7.5/10] 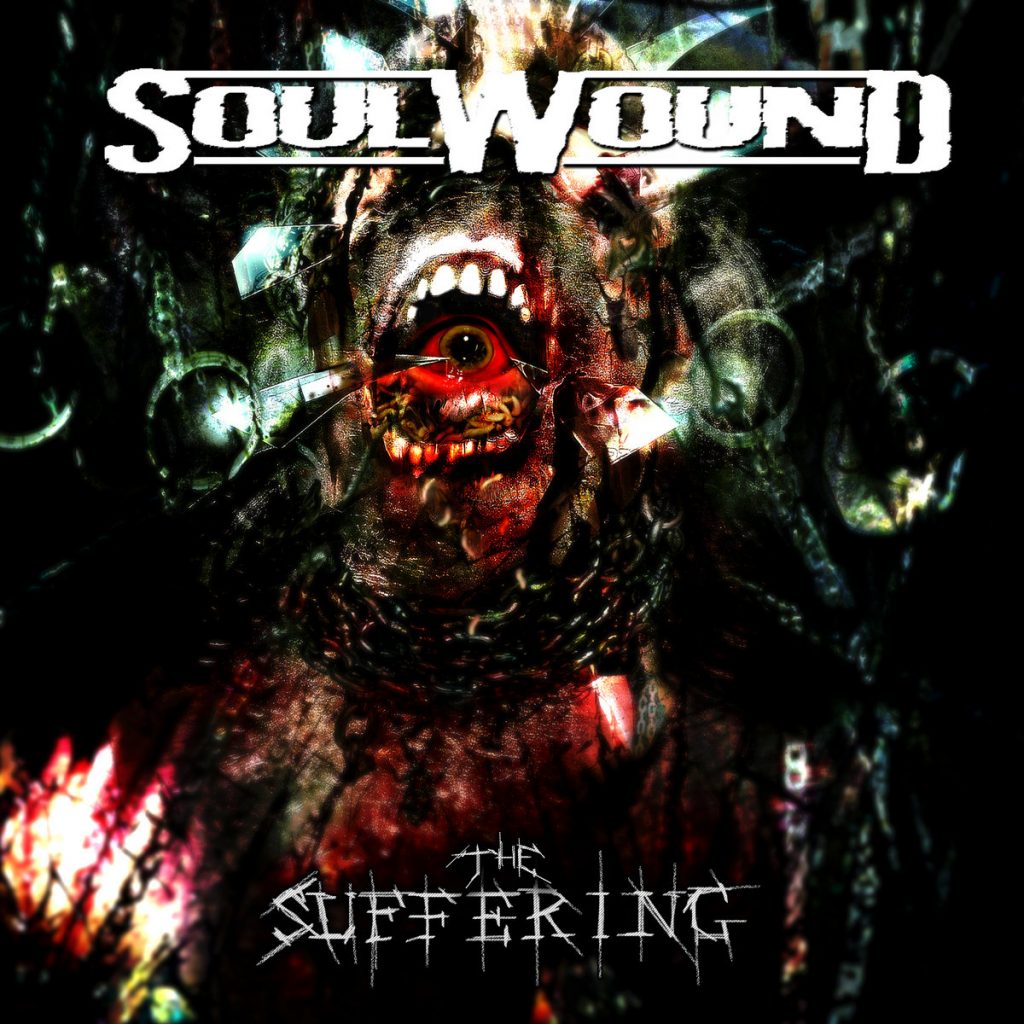