Skip to content
HomeReviewReview: “Most Dangerous Game” by Kharma

Continuing to cut their sonic assaults’ with socially aware lyrical themes such as classism, police brutality and racism that challenge the systems of oppression the Metallic Hardcore act have been challenging since they formed in 2015 are Kharma. Over 2016’s debut “Survival” and it’s follow up in 2018’s “Moment Of Violence“, the Chicago Illinois based outfit have been building their momentum with a crushing live show which has afforded them the opportunity to share stages with the likes of Madball, Harms Way and Knocked Loose and now, inspired by the writings of Richard Connell and in particular “The Most Dangerous Game”, the band tells tales of life on the street and surviving in middle America…

…Recorded and mixed with Andy Nelson (Weekend Nachos) at Bricktop Recordings in Chicago and leading in with a sample “Forced Out Of Heaven” comes out swinging such that you can see the two steppers eyes light up as they salivate on this. The riffs are tight, Jordan Moten’s shrill vocals are nails down a chalk board and the blunt force trauma of the rhythm section of drummer Bryce Tollner and bassist Edgar Rios beats you into submission with some perfectly executed tempo shifts. Kharma specialize in tracks that are short and violent, rarely hitting that three minute milestone and the 90 second title track is a prime example of how to make the most of that shorter duration. A gritty and dismal tale “I’ll take a hammer to your head stone if I don’t have the change to end you myself!” being one of the most venomous lines that Moten delivers in a single verse throat ripper. There is no muscle let alone fat on the bones of  “Jester“, a lean, mean, finger pointer of a cut that roars like banshee. Angular riffs from duo Andrew Perez and Xander Kary are caustically Metallic edged, however there are brief moments of Hardcore Punk in “Guilty By Association” that point at bands like Deez Nuts early works. Kharma keep the fun in the mosh ready music while the lyrics are squarely from the Hard Side like Biohazard of old and “Slave 2 Society” is a bullet fired from that same gun, 30 years on. The gear maybe new, the sound maybe crisp and fresh, but the streets don’t change [8/10]

1. Forced Out Of Heaven
2. Most Dangerous Game
3. Jester
4. Guilty By Association
5. Slave 2 Society 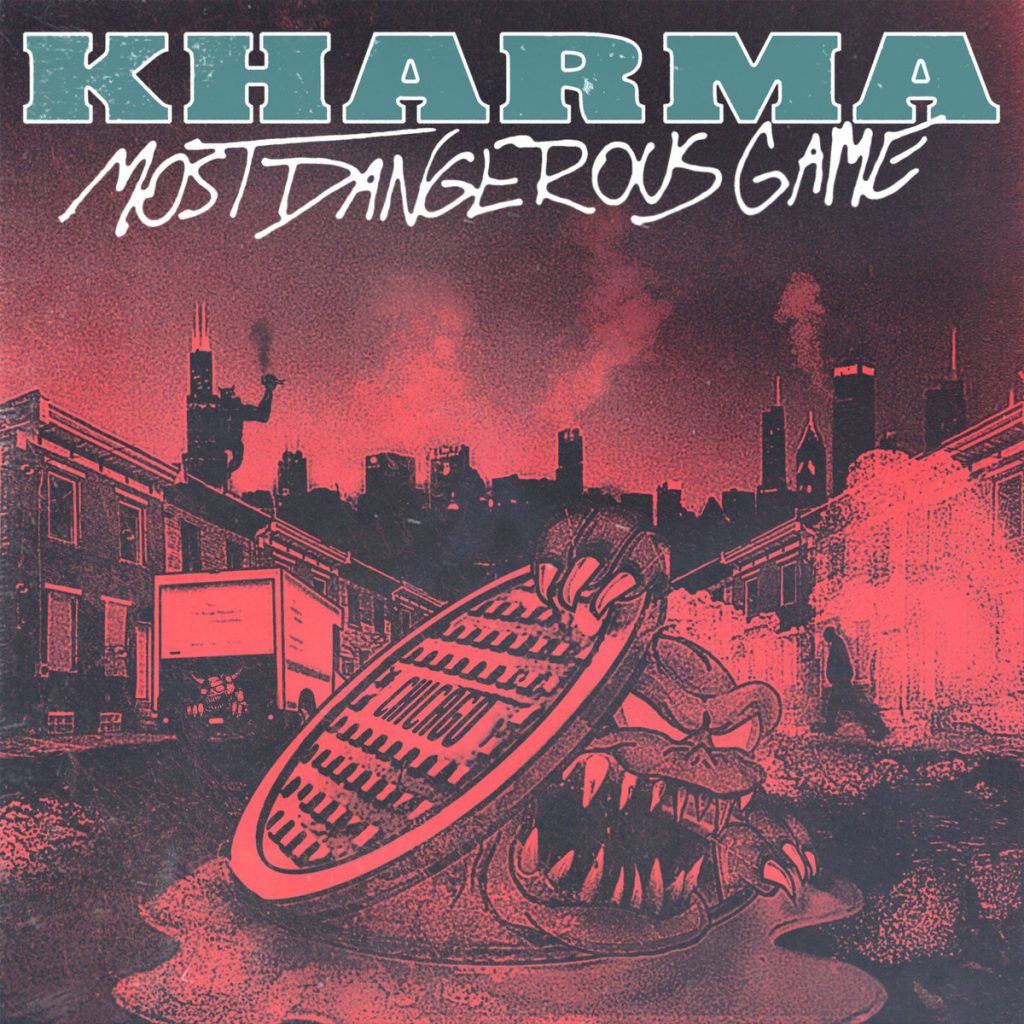