Skip to content
HomeReviewReview: “The Blindness of Faith” by In Malice’s Wake

Returning with their fifth album since their 2008 debut “Eternal Nightfall“, Shaun Farrugia (Vocals and Guitars), Leigh Bartley (Lead Guitars), Karl Watterson (Bass) and Mark Farrugia (Drums) are considered veterans of a Melbourne Australia Metal scene that has given us a wealth of bands over that time. Their band In Malice’s Wake is renowned for its Thrash infused Death Metal blend, something which has afforded them the opportunity to tour Australia and New Zealand and earned them support slots with many of the greats, including At The Gates, Napalm Death, Toxic Holocaust as they have travelled down under, for their infamously violent pit and energetic fan base follows them to the edge of the Earth. This fifth studio album was recorded and mixed by Chris Themelco who handled their 2015 record “Light Upon The Wicked” at Monolith Studios, In Malice’s Wake clearly seeing the value in continuing the partnership with someone who understands the bands inner workings before mastering at Panic Room studios. The cover art is said to be a reflection of the atmosphere and destruction contained within the album itself and was painted in oil by Shaun Farrugia himself…

…the cold wind blows over tranquil waters, the rustling of leaves making for a chilling warning of an oncoming storm and when the riffs of the title track kick is with the blistering gallop of a Demon Knight on horseback at full pelt with bloody sword raised to strike, it’s poetic justice to the violent lyrics within the Thrash offering that offers an immediate call to the pit. Bartley offers up some incredible lead moments that will leave Trivium fans mouths watering and despite having a run time that surpasses six minutes, it’s over too soon. The other pre-release single from the album is “Graven Image” which throws bullets into the fire of the opening cut and then runs like hell. Mark Farrugia offers up some Black Metal inspired drum fills and the Power Trip esq whammy bar solos on this one is nothing short of immense. If you thought there was going to be any let up for “See The Light” then guess again as it’s bruising rhythms and tension filled riffs are reminiscent of the self titled Chimaira album on steroids, capturing that intensity and energy of the live show and trapping it like lighting in a bottle. Lyrically the album is a journey through the fires of hell and while there is an anti-religious theme that runs throughout, it’s far from a concept album. Those lyrical overtones don’t take things to the level of being gore blasphemous and don’t match bands like Slit Your Gods for example, instead opting for a more subtle approach. The ripper that is “Religious Holocaust” is a fine example of how this is achieved, concentrating on the battle between Good and Evil, life being made for living and false promises of an afterlife. It’s crushing rhythms and haunting leads building that tension before smashing it down with a chunky breakdown. The Groove Metal swagger of “Unbound Sinful Light” falls into Lamb Of God territory with a high energy incendiary burst of nitro fueled tempo shift before a melodic passage which you might not expect from a band like this…

…The half way point of the album is “Houses of God“, which given the earlier material you might expect to be an ode to the Black Metal calls for Church burnings, but instead does something completely different. Frenetic riffs play out over a tail of prayers meaning nothing, the raw breakneck paced speed of this one offering a music more Blackened Thrash vibe than any of the earlier works. A black and white film style speech sample appears in the suicide pact that is “To Die As One” before the powerhouse percussive performance that is “Into the Outer Darkness” which sees Mark Farrugia graduating from the school of Gene Hoglan. That continues into “Ritual Slaughter” which offers up some early Sepultura stylings with tribal drum fills that take a leaf out of Iggor Cavalera’s book and some familiar riffs and tones. What makes it In Malice’s Wake is the sheer intensity of it and it very much speaks it’s own story, something which draws you in and keeps you with it, perhaps even sending you to the lyric sheet once the head banging is done. It’s that kind of record, so much more going on under the bonnet than is given away by the outer shell. In the Hebrew Bible, “Gehenna” was the place the Kings of Judah sacrificed their children by fire, a place then deemed cursed in later literature, a destination of the wicked. A well researched subject matter for a blistering Death Metal opus, it ends the album with a final flourish that is befitting of it [8/10] 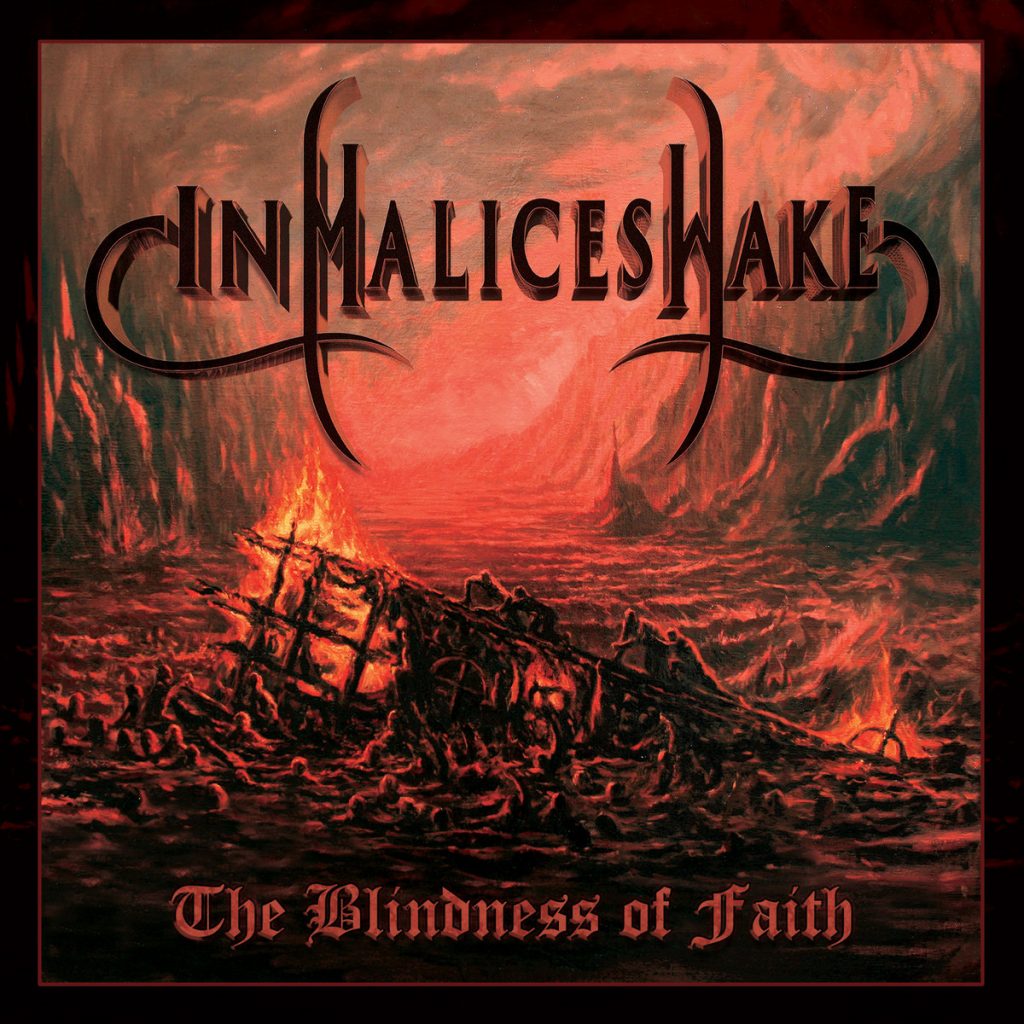 Tags:Chimaira, In Malice's Wake, Lamb of God, Light Upon The Wicked, Power Trip, Slit Your Gods, The Blindness of Faith, Trivium