Skip to content
HomeReviewReview: “Shrine” by Bleed From Within

When Glaswegian Metalcore Gods Bleed From Within returned from the wildernesses of a hiatus that many thought would see their end in 2018 with the stunning “Era“, there can’t have been many that would have expected what happened next. The snowball effect took the band from strength to strength with unstoppable momentum taking them around Europe and saw them chalk up Festivals at a rate of knots. 2020’s “Fracture” followed, a masterclass with Groove Metal infusions seeing a band at the top of their game. Even when some Global situation or other threatened to derail the train, they brought the house down with a live stream like no other followed by a sold out United Kingdom tour. Their third album in four years “Shrine” marks their first for a new label home having left Century Media for Nuclear Blast and so a fresh chapter beings here…

The fascinating thing about the past two records from Bleed From Within is that each one has shown growth and development in their sound without losing sight of their roots and “Shrine” is absolutely no different. Opening cut “I Am Damnation” is an absolute battering ram but also has tinges of orchestration and programming to embellish it and push things into Architects Progressive Metalcore direction while at the same time having a wealth of powerhouse Groove. “Sovereign” then flips the script with not only a circle pit starting main riff but also a stunning face melting extended solo that just oozes style and grace. “Levitate” then combines the two tempering the aggression with a chantable arena size chorus while still ripping out not only a classy solo but also a stylish breakdown to ensure that absolutely no one thinks they’ve gone soft in their old age. The brutal “Flesh And Stone” then comes in swinging with Ali Richardson leveling the place with blast beats. The vocal layering is immense and the introduction of the new elements to these cuts has given everything an epic cinematic quality with a greater texture as they build a mountain of atmosphere. The quality just keeps coming with a restless and relentless energy as Scott Kennedy bares his soul with the fist clenching anthem that is  “Invisible Enemy“, touching on Mental Health issues while emphasizing the will to endure. The curtain on the first half of the record comes down with “Skye“, a short instrumental that cleanses the mind with those glorious orchestral embellishments getting their own space to breathe. It’s well placed and most importantly doesn’t take away any of the momentum or flow of the record, which is absolutely vital.

That serves as the introduction piece for “Stand Down“, a Tech-Metal inspired masterpiece of Groove with a whirlwind of thunderous percussive battery as Ali Richardson and bassist Davie Provan prove that together they are one of the tightest rhythm sections in modern Metal. Lead guitarist Craig Gowans and rhythm guitarist Steven Jones keep bringing riff after riff to the King’s table with “Death Defined” getting some choice palm muting moments alongside one of Kennedy’s more caustic vocal performances. If variety is the spice of life then the wealth of ideas and innovations here will keep you sustained for an ice age as Bleed From Within have an absolute field day creatively and in doing so not only surpass any expectations we might have had of the album but also set themselves a new standard. The menacing groove of “Shapeshifter” hammers home the nails of that statement galloping drum patterns and some Lamb Of God inspired riffs that create another headbangers delight. Some American accenting creeps into “Temple Of Lunacy” during a group clean vocal passage which makes for an interesting twist, the introspective lyric from Kennedy speak of the weight of pressure of expectations on his shoulders and drawing all the strength to endure despite the self doubt. Which just goes to show that we’re all human and despite being a vocalist in a band at the top of their game, there are doubts and fears there. It’s not a woe is me effort however and is wrapped in powerhouse rhythms that are sheer class, which arguably makes it something of a sonic oxymoron. That darkness continues into “Killing Time” which has a moment mid track designed to line up a wall of death when it gets played live before the stuccato riff break infestation takes hold. Icy piano brings the house down at the start of the grand finale that is “Paradise” as Kennedy gets menacing and sinister with his vocal performance, the orchestral embellishments lifting everything as it plays out to stunning effect. Reflecting lyrically the hardships we have all endured over the past two years and wrapping it all up beautifully, “Shrine” finds Bleed From Within ascending once more [8.5/10]

“Shrine” by Bleed From Within is out now via Nuclear Blast 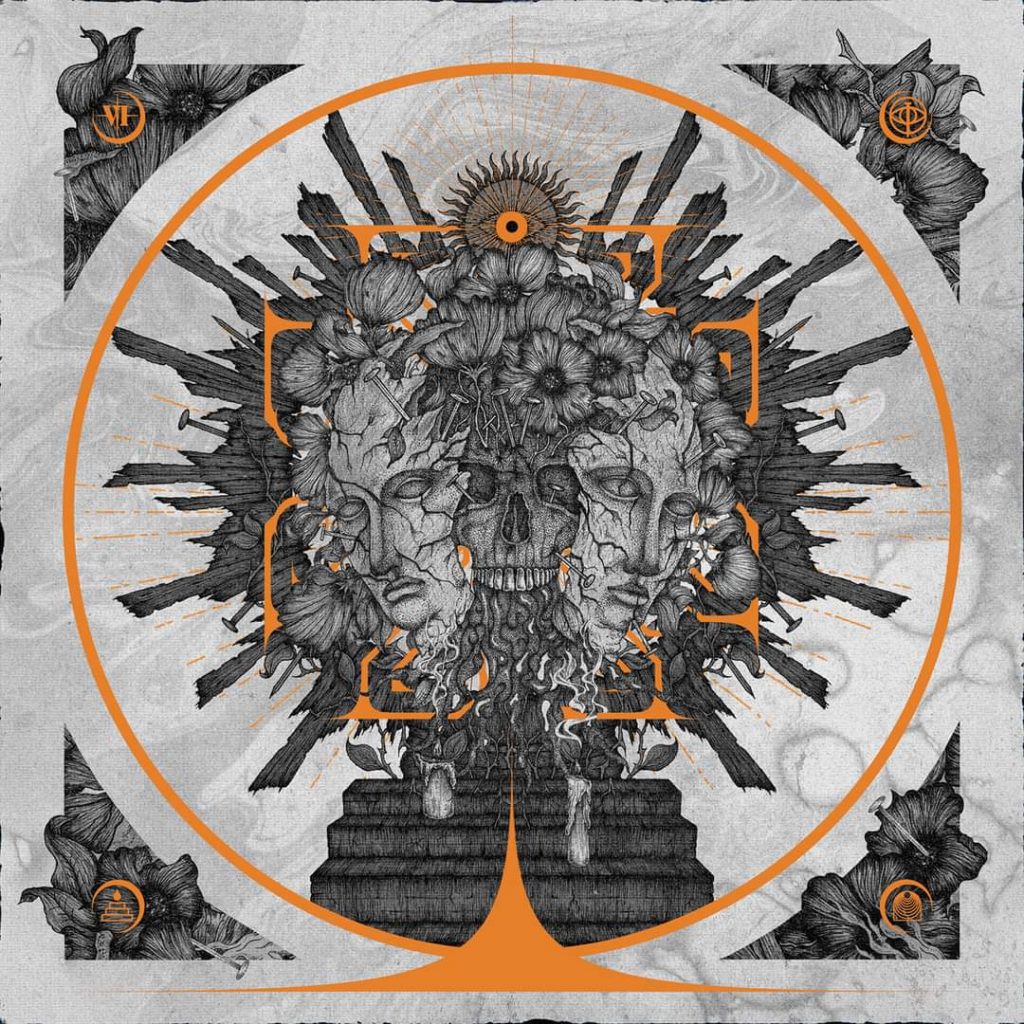