“The change over before Divine Chaos [9/10] is by far the longest as they have a far larger drum rig than any other band have put to good use today but when they finally do start their Thrash infused Death Metal blend is very well received. Their twin axe attack syncopation is perfect and when they interchange solos it’s as razor sharp as they come and as a band they’re as tight as it comes, even the backing vocals, which with other bands may leave a bit to be desired are absolutely spot on.” ~ MetalNoise.Net live review, Rabidfest 2021.

That’s what we said about the set from Divine Chaos last November and the announcement that they’re once again going to be on the Devolution Magazine stage for the 2022 incarnation of the event is as welcome as a caffeine hit after working 48 hours straight. Didn’t The Wildhearts write a song about that? We digress. After that wonderful news, the question turns to who this years other headlining act maybe. So here is some wild speculation on that, endorsed and encouraged by absolutely no-one. It’s rude behaviour damnit but it’s a cracking good laugh!

How about Canadian Deathcore pioneers Despised Icon? They’ll be upon our shores with a run of shows that co-incidentally finishes just before Rabidfest. Would it be too much to ask for the legends to drop some Purgatory on our skulls at The Bullingdon?

If not how about Sludge Metal Gods Crowbar? They too will be close by in November having completed a rescheduled run of shows with Sepultura days before this years incarnation of the finest festival in Oxford takes place? The Godfathers would be absolutely monstrous…

If those two giants from over the pond seem too large to play the festival then how about Conjurer? The critically acclaimed act would have played the last show of their European tour in support of new album ‘Páthos” in London days before the Devolution stage is set to be decimated once again.

Dutch Extreme Metallers Cryptosis are also in the United Kingdom playing some shows with Vektor and having created a science fiction landscape for their debut album “Bionic Swarm” which was released via Century Media last year, one which was so well received that they could be in with a good shout?

Last but not least; how about Send More Paramedics? They returned with “The Final Feast” last year and while the speculation was that the shows they played in support of that would be their last, maybe they fancy getting wild with the audience and snapping a few necks? 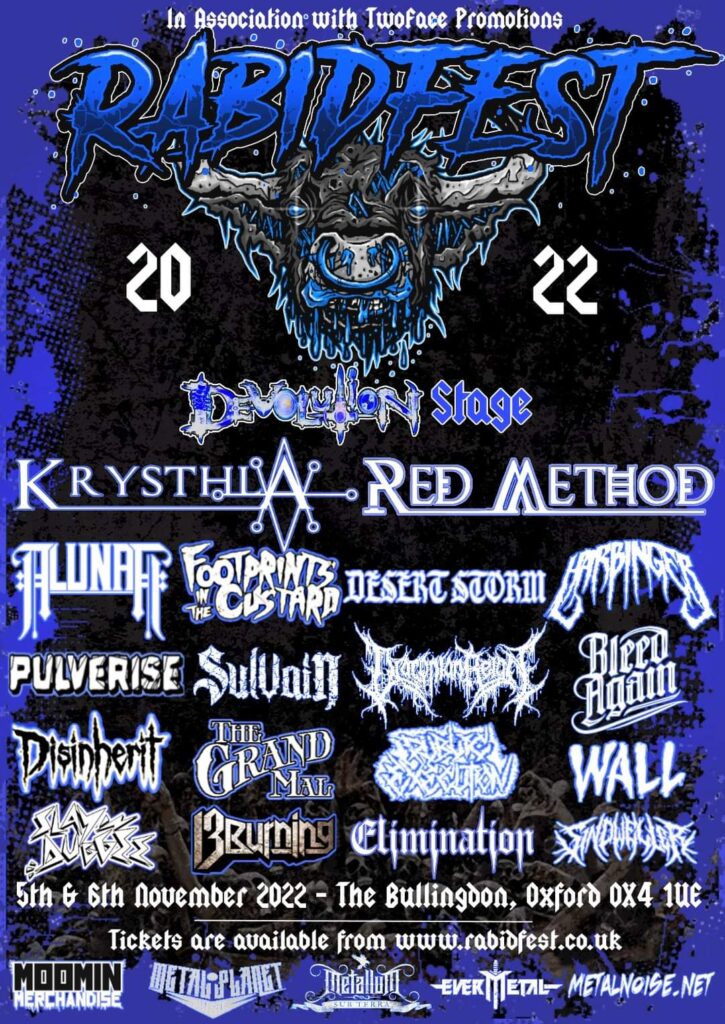